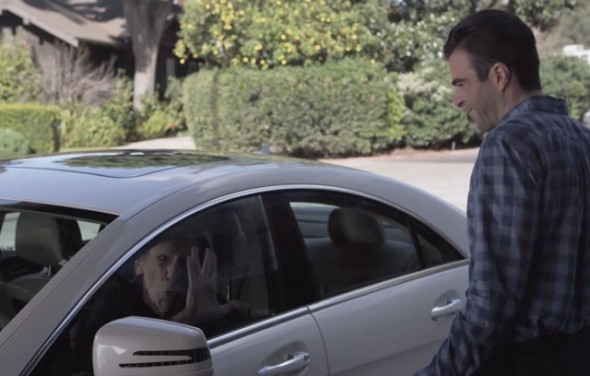 Star Trek into Darkness will soon be hitting cinemas and to cash in on the buzz Audi has roped in Lenoard Nimoy and Zachary Quinto to play Spock in a really long advertisement. After Nimoy beats Quinto in a game of online chess the two race for the Country Club, Quinto takes the road on the 2013 Audi S7 which is portrayed as the most advanced thing in the system after the USS Enterprise itself. At the same time Nimoy struggles to find adequate boot space for his unusually long golf kit in his $75k worth Mercedes CLS 550.

[Catch the ad after the jump]


The Spocks reference is way too cool but Audi, you cant downplay the Mercedes CLS 550 so much.