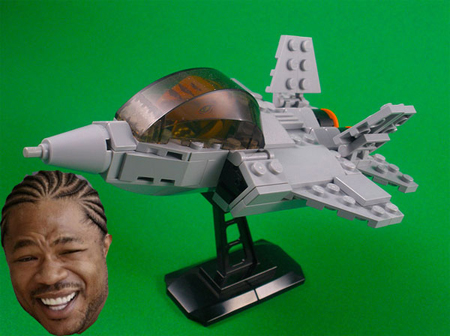 May be the scaled Death Star doesn’t appeal to you as much as the older kind of fantasies. That’s why we have this strange Lego Raptor in Lego Raptor that flies, much to the surprise of you all. The Lego fighter here does bear a pre-historic icon on its being. The F-22 fighter here manages to move around with a Velociraptor in it, which takes some of the credibility of being a serious scale model away.

Jack Marquez surely deserves praise for this concept and idea. It may also bring forth a twisted theory of the smartest dinosaur breed being pilots.
Technabob