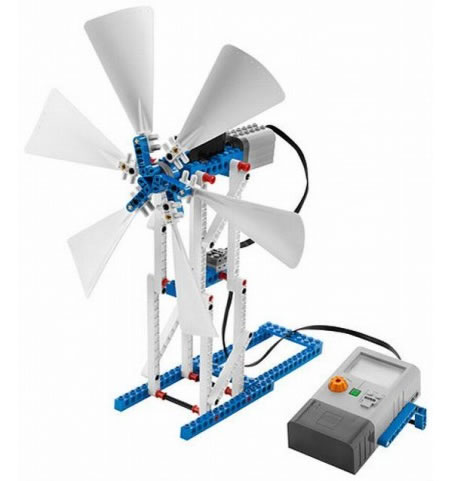 We didn’t know that LEGO would take such a big step to prove their allegiance to Mother Earth but well, it seems to have worked for now. Thanks to their new Renewable Energy Add-on Set, the leading toy manufacturer will help kids understand the finer points of going green (technically speaking). The set can also be extended by adding another add-on set called ‘Lego Mindstorms’. These will help kids understand the usage and conservation of energy as well.

It’s better to have these been made as compared to the mundane space vehicle models that people spend so much of time, energy and money, building.
[FastCompany]