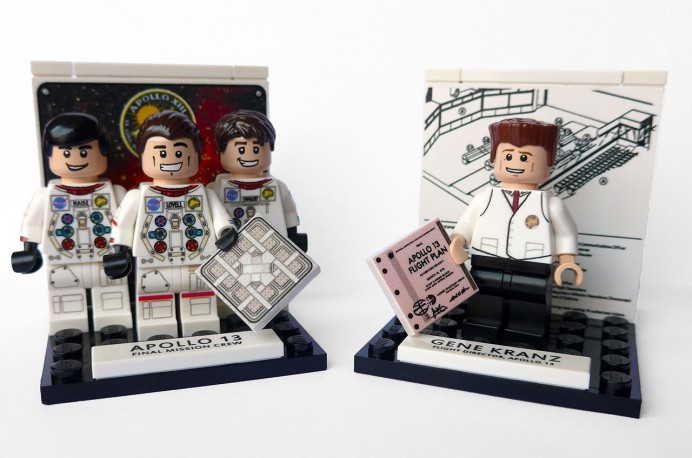 The Apollo 13 crew will be celebrated on their 45th anniversary and what better tribute to pay the legends than LEGO Minifigs that relive their mission? The Apollo 13 LEGO toy mini-figures The figures will be 2 inches tall and will be modelled around the real explorers, namely, James Lovell, Fred Haise, Jack Swigert and Gene Kranz. While we could do with the Tom Hanks, Bill Paxton, Kevin Bacon and Ed Harris figures from the movie, the real deal is just what we were looking for. Nick Savage, Co-director of Minifigs.me, worked closely with Apollo enthusiast and collector in chief, Chris Spain, to ensure that the prime details are not left out. 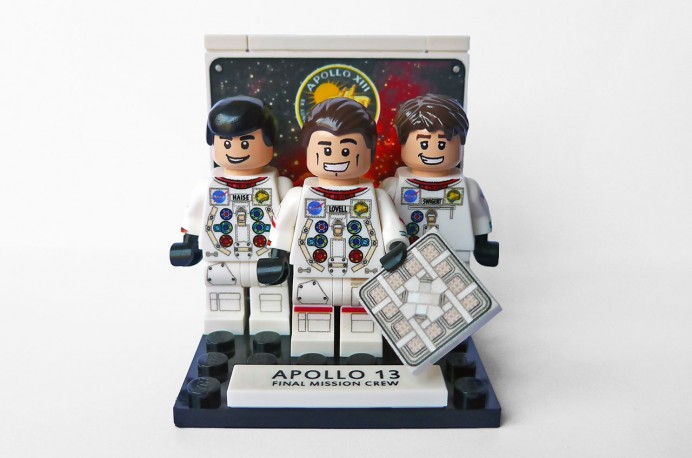 “Basically they followed my ideas for the Apollo spacesuit and Kranz graphics very closely but added some LEGO-y touches that make them work better on the minifigs,” said Chris Spain. “It’s been a long, interactive process but the guys there are keen space fans and they know their stuff. It has been a real pleasure working with them. The figures will be available individually as well as a pack. Each minifig will retail independently for about £12 a pop (about $18). As a set, you can pick them up for £35 (about $50) in yellow or £38 ($55) in flesh tone.