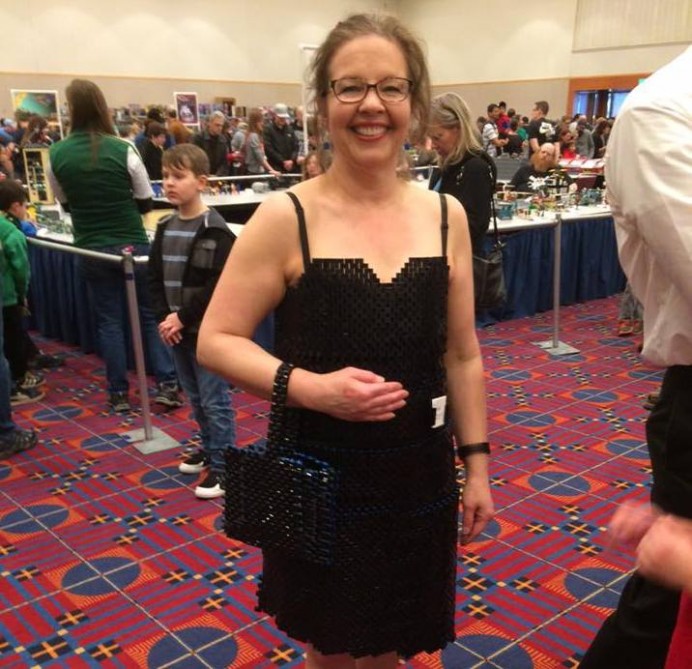 Well, someone beat Lady Gaga to this. In the league of incredible alt-fashion dresses is the Lego dress, created by Lego fan Brian D’Agostine. He spent four months to prepare for the Lego convention, with a build that was actually worn by his wife, to the event. Before you begin wincing with imaginary pain then be assured that the dress was rather comfortable to wear and was mainly comprised of 12,000 Lego Technic pieces that were included into the build. The pieces are basically plastic rods and parts that are used to create highly mechanical models. Most of the dress comprised of liftarms, rounded pieces and hollow pieces. It weighs 3.2 kilograms and was worn over a spandex underdress to stay safely protected from any possible wardrobe malfunction. It’s made from Lego bricks after all.

“I finally broke the dress into a bodice and a skirt. They each rested on different parts to distribute the weight better,” said D’Agostine. “The resulting fabric was very barrel-shaped. With less than a week to go I experimented with pleats and was able to get the skirt to rest on the hips rather than rely on friction.”