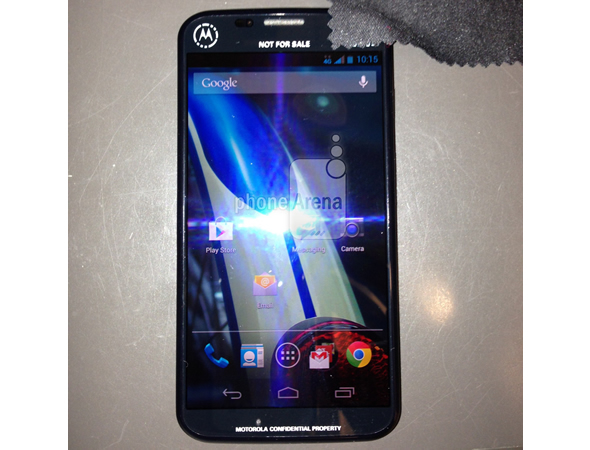 The condition of Motorola was at its worst last year and it almost ceased to exist until Google puffed in some life into it. One would have expected the company to start churning out newer and updated flagships but sadly that has not been the case. When the industry has gone into an overdrive to come up with their masterpieces, Motorola has been almost dormant. Word on the streets is that the company plans do an unveiling of the Motorola X on 1st August. PhoneArena has leaked an image of a Motorola XT1056 device being tested on Sprint’s 4G LTE network and believes is the much awaited Motorola X phone.


According to the source, the screen measures 4.6” approximately and has NFC support. It features 16GB of internal memory and Android 4.2.2. Previous rumours suggested a Snapdragon 600 chipset, 2GB RAM and a removable battery. Let’s hope that we see this smartphone soon enough or it might just be a little too late the company which once led the industry.