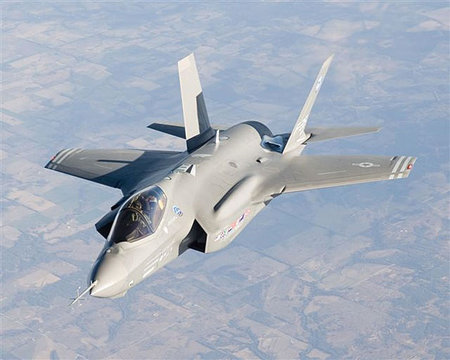 The Marines have tested out Lockheed Martin’s latest Joint Strike Fighter-the supersonic F-35. Apparently the plane lands like a chopper (with super lift engines) and thinks like a pilot (with a HAL-esque brain). It is also said to be the most expensive plane to date and is a modded version of the F-35 Lightning II that lands perpendicularly like a helicopter

Retired Royal Air Force squadron leader Graham Tomlinson became the first ever to fly the prototype of the F-35B, a next-gen Lockheed Martin aircraft built for three branches of the U.S military. Costing nearly $300 billion, the program is said to be the most expensive weapons acquisition program in history. Instead of simply visualizing how the plane works, why don’t you take a look at the video here and check out one more after the break.
Source