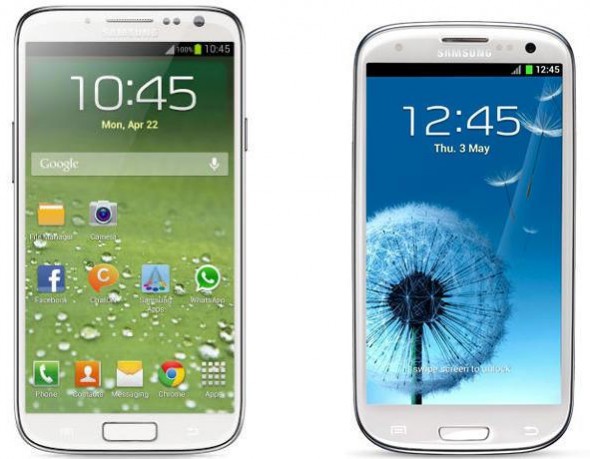 Everyone senses the distance in time since we last saw a Galaxy S phone from the house of Samsung. We have new chips, new screen and new features all ready to be packaged into one monster of a device that is expected anytime soon, under the Galaxy S banner. This image is among the latest alleged leaked images of the Samsung Galaxy S IV and from the looks of it, there’s the evident omission of the hardware button that so far stuck on so loyally. Another leaked image reveals a larger display than the S III and a thinner bezel. Which one’s the real deal, time alone can tell.


The speculated specifications for the phone are slated to be a 1.8GHz 8-core Exynos 5 Octa processor, under a 4.99-inch 1080p full HD display, a 13-megapixel rear camera, 2GB of RAM, 4G LTE connectivity, a micro SD slot, wireless charing capabilities and run the latest version of Android. If this were a press image then April 22nd could be the date to look forward to.