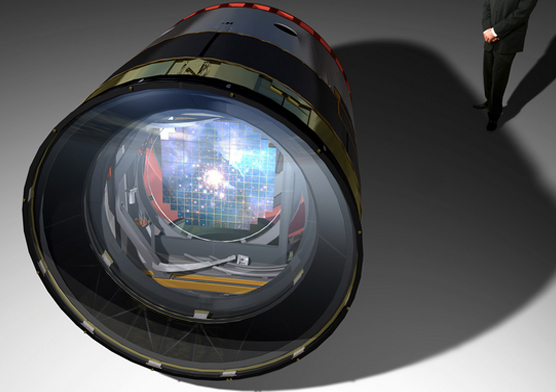 When the folks at the SLAC National Accelerator Laboratory decided to build a camera to take pictures of the night sky, they decided to make it big, real big! The 3.2 billion-pixel digital camera, the demi-god of digital cameras everywhere, has now reached yet another step towards completion, having received the “Critical Decision 1” approval by the U.S. Department of Energy (DOE). Called the Large Synoptic Survey Telescope camera, this one will continually survey the sky generating 6 million gigabytes of data per year, roughly about 800,000 images if one was to capture the same with a regular 8MP camera. With a189 sensors and more than 3 tons worth of technology, this splendid and colossal camera will take the widest, fastest and deepest shots of the sky ever conceived by technology.
[slac]