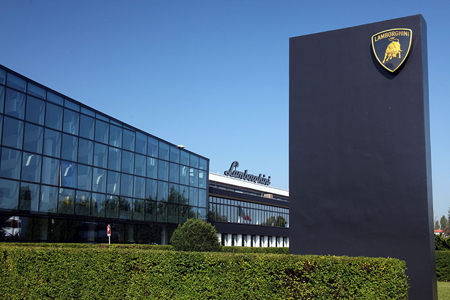 Lamborghini, the tale of raging bulls and wheels

Well if you’ve driven, rode in, or probably even had one pass by, you’d know what we’re speaking about, when we say that nothing really gets nearly as good as a Lamborghini. Right since the conception of the company, founded by Ferruccio Lamborghini, beautifully designed fast cars meant to give the driver an adrenaline rush unlike any other and evoke a lust in those around have shown up time and again, with the Lamborghini brand. The company did however face a bunch of ups and downs due to repeated ownership changes, finally ending up in the hands of Audi, who then came up with the aluminum spaceframe for the Gallardo, also used for the Audi R8.

And behind the glass façade of the headquarters in Sant’Agata Bolognese, Lamborghini has all its skilled hands at work, creating cars with astounding amounts of technology and innovation today, making it one of the finest in the world of luxury sports automobiles.
[wired]