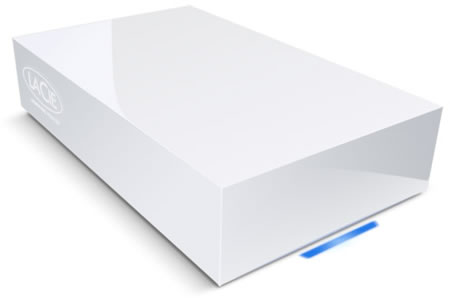 LaCie’s a new connected hard drive, Internet Space looks cool in its ice white minimalist design. Specs-wise it’s a networked drive that syncs media from any computer in your home to its 500GB memory tank. In lay mans terms that would mean enough space for 500,000 photos, 200,000 songs and up to 500 movies. Once you load the stuff up, you can access it from anywhere in the world by logging into www.homelacie.com. Taking just five minutes to set up, and get- going, the device is easy to operate.

LaCie Internet Space also lets you share music and photos or even stream media files to an Xbox 360 or PS3 without being anywhere near a computer. You can pick it up for £129 or $205.
Source