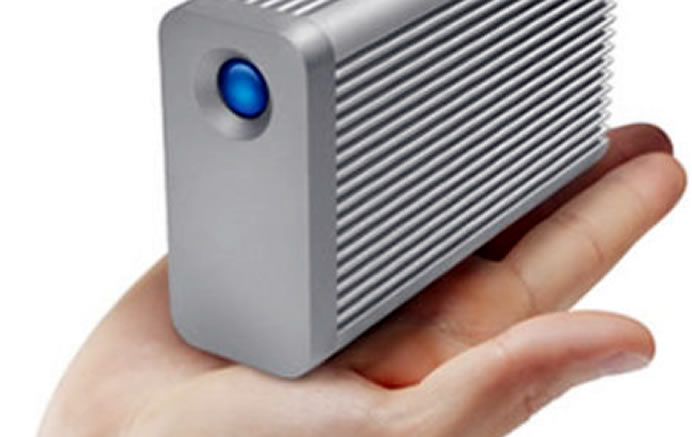 What’s fast, is quite intelligent, has a great memory and can get around with ease? Lacie’s newest brainchild of course! Called the Lacie Little Big Disk, this little device is the “world’s fastest” portable external storage drive! So what makes this one ever so powerful and quick? The new Lacie packs two 500GB solid state disk (SSD) drives. Designed specifically for 4K video editing, the storage drive is capable of delivering speeds of up to 1,375MB/s, as Lacie claims! With two Thunderbolt connections to the latest Apple Mac Pro in a parallel configuration, that’s nearly up to 2,600MB/s!

And that’s not where the awesomeness of this new release stops. The Lacie Little Big Disk is also capable of daisy chaining up to six units together using a single 4K monitor and computer. This of course is a dream come true for video editors since a feature like this enables seamless realtime editing and scalability on really big video shoots too. The Lacie Little Big Disk comes with a thermo-regulated noiseless fan and two aluminium heatsinks to keep this baby cool and calm. All of this is tightly packed into a portable unit that weighs not more than 620g! Lacie will prop this one up on storeshelves with a price tag of £1,059, roughly about $1760.