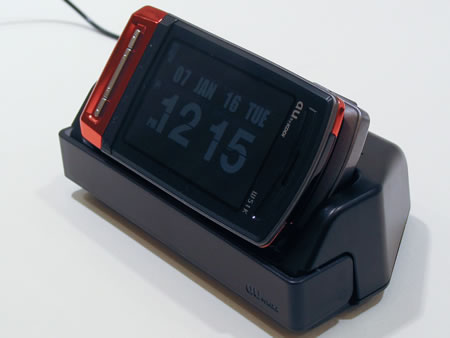 The Kyocera W51K enters the ring bearing a weight of just 131g and dimensions of 50×103×20mm. this little sleek and slim baby is out to shake some serious ground. There’s a 65MB memory capacity to hold all your precious digital material. It comes in three styles, namely, mirror orange” “cyano blue” “metal silver”. Pretty attractive hues. It comes with Sony “MDR-E0931” attractive earphones with an unique sliding system. It can playback majority of audio / video formats and has a FM tuner along with dedicated media keys on the front flip. No high end Japanese phone can be complete with a TV tuner and the W51K is no exception, it has the usual EPG (Electronic programming guide) for recording TV content. An amazing feature of the charge stand that accompanies the phone is that it has an in-built woofer to blast your music through thus acting as a music docking port. Other features of this masterpiece include the 2 axial revolution support, 2 Megapixel camera and the 2.7 inch WQVGA display screen. The sub display however is a 1.57 inch monochrome.

This high tech wonder is limited to the mecca of technology called Japan. 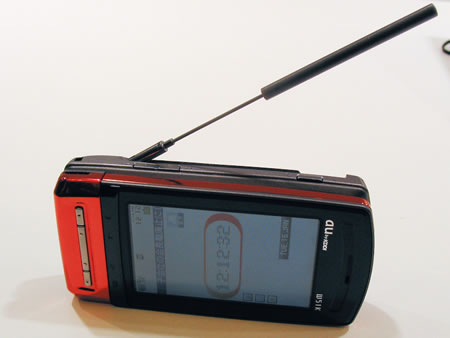