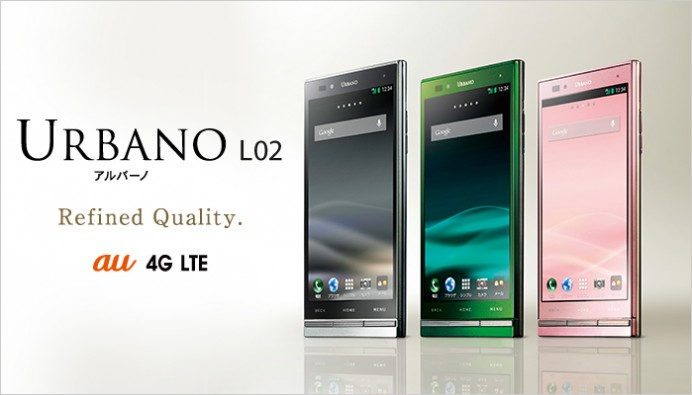 Kyocera has introduced a new Android smartphone named the ‘Urbano L02’ as a part of the AU 2014 spring collection in Japan. The handset is powered by a 1.5 GHz dual core processor and runs on Android 4.2. The Urbano L02 has been specially designed for elderly or first time users of smartphones. It comes pre-installed with 3 special apps that transform the user-interface of the operating system from simple to generic Android UI as per the user’s skill and choice. The icons can also be selected to be magnified by 1.75X the standard size of Android for the ease of elderly users.

The handset has a 4.7 inch HD LCD screen that has a resolution of 1280×720 pixels and comes with a 13 MP rear camera. It has 2GB of RAM and 16GB of internal storage along with LTE capability. Much like other Japanese smartphones, the L02 handset is waterproof and dustproof matching to the specifications of 5/8 IPX and IPX 5 standards. It is also equipped with wireless charging in addition to one-seg, NFC and mobile wallet features. The handset is also an attractive buy for health conscious as it comes pre-installed with many health-centric apps including daily step counter and ‘Health Planet’. It will make its way to stores by early February.