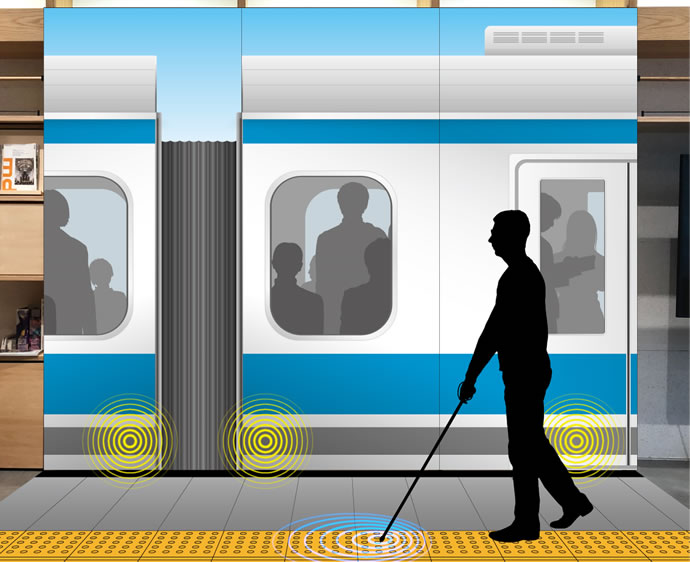 The system simply requires passive RF tags to be installed on station platforms and train connection areas. Then, as a Smart Cane user approaches, the cane’s RFID antenna detects the tags in real time and sends vibration alerts through the grip of the cane. As part of its development and testing, Kyocera invited users to its Minato Mirai Research Center in Yokohama to test the prototype around a space designed to replicate the features of a train-station platform.