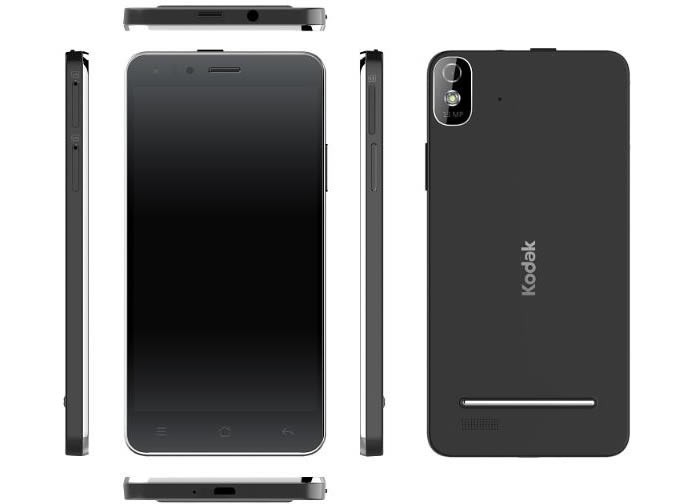 A long time ago in this very same Galaxy a pioneer in the field of cameras decided to partner up with a pioneer in the field mobile phone technology and produce what was expected to be a best of both worlds device. The dream had merit, and the innovation had hope and style, it was however, short-lived and the individual companies shook hands and went their separate ways. Thus Kodak and Motorola and their MOTOZINE ZN5 camera phone that was quite the contender back in the day, vanished just as quickly as it appeared. Since then Sony, Samsung and LG has all been forerunners in the mobile and digital camera market space but the more focused groups like Kodak have been on the sidelines and stuck to their guns of making cameras. That however, is about to change.

CES 2015 found Kodak with a booth showcasing their upcoming IM5, which is not just a camera, but a smartphone as well; well it’s more the other way around. Here’s a quick look at the specs –
Octa-core 1.7 GHz processor
5 inch full HD screen (1080 x 1920)
13 MP rear camera with AF and flash, 5MP front camera
8 GB ROM 1GB RAM (expandable to 32 GB via Micro SD)

Those might not seem like the most high-end of specifications by today’s standards so I’m hoping the company makes up for it in the camera department. Aside for all this, Kodak is also using what they’re saying is a custom built, intuitive user interface that features Remote Management software, and also comes with a Kodak dedicated app store full of hand-picked apps for the device. The latter is quite likely akin to what other mobile brands have doing for some time now.

Naturally, the key factor is the camera so Kodak has designed the device to offer a simpler method of taking, storing, sharing and printing photos quickly. Oliver Schulte, CEO of Bullitt Mobile says, “This is a phone for consumers who appreciate the value and heritage of the Kodak brand. It looks great, is easy to use and offers real value for money.” Eileen Murphy, VP Brand Licensing at Kodak adds, “Too many memories stay stuck on mobile phones, often because the process for sharing them is too complicated for users; that’s why we’ve partnered on the IM5, the first device in a range of mobile products that takes our heritage and experience in photographic technology and combines it with Bullitt’s expertise in designing high-quality devices for a specific target consumer.”

The Kodak IM 5 will be available in white or black color options with a globally launch soon, starting with roll-out in Europe from end of Q1 2015. The price has yet to be announced.