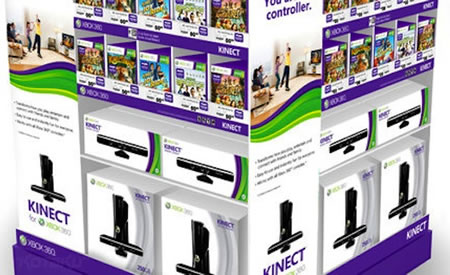 Who would have thunk it, Microsoft is finally beating Apple to a juicy pulp with their Xbox Kinect motion gaming system. It’s selling like hotcakes in the US of A and making Apple’s iPad look back in tears. MS had already predicted they’d do better than the iPad and what do you know, 25 days post launch they’ve sold 2.5million units. Apple sold about 2 million iPads in approximately two months. Of cone one must consider the fact that the Kinect is also priced so much cheaper than the iPad. It ha tremendous potential to go beyond just motion gaming it could be interesting to be web browsing in gestures and having a holographic keypad in the air for typing. Kinect even has a jail breaking community full of hackers who hell bent on making the device come really alive. Here’s one hack that might interest you.
[ReadWriteWeb]