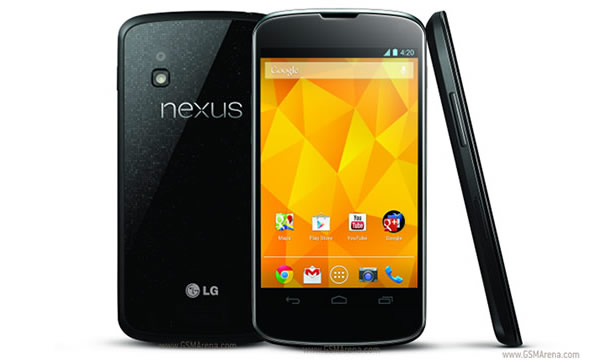 Key Lime what? The LG Nexus 4 is here with Android 4.2 Jelly Bean

All the talking and ranting of the new Android platform sticking to the usual alphabetical progression that Google have religiously followed has not really materialized In fact, what we do have is a new platform with the same name as Android 4.1. Yes, the Nexus 4 will still be called a phone that runs on Andoid Jellybean. Now about the phone; it’s among the most leaked phone with a 4.7-inch True HD IPS Plus display with 768×1280 pixels WXGA resolution a Snapdragon S4 Pro chip-set, four Krait cores at 1.5GHz, 2GB RAM and Adreno 320 GPU. One may rue the missing microSD slot, however, this does come in 8GB and 16GB versions. It also does have all the good things that come with the operating system


The 8GB version will retail for $299 while the 16GB one will come for $349. It will be available from Google Play Store in US, UK, Canada, Germany, France, Spain and Australia from November 13. Everywhere else, it could land by late November.