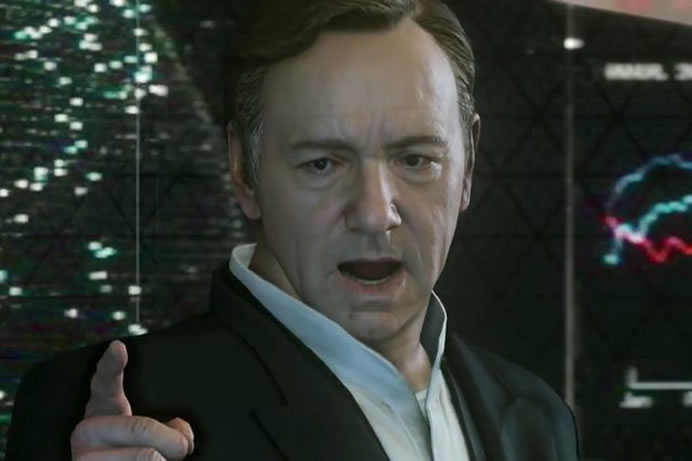 People from around the world have begun freeing up their time, ordering copious amounts of soda and pizza in preparation for the next Call of Duty game. Hell, we’ve even broken up with our better-halves because, well, nothing gets better than a week full of Call of Duty, right? We agree! That said, the game is just 181 days from hitting store shelves and we’ve been stealing repeated peeks at the trailer, for obvious reasons. The trailer shows off Hollywood star Kevin Spacey who’ll play the head of a private military corporation that has attacked the United States in the game. Simply put, he’s a bad guy and you’ll probably need to take him out (with a few bullets) the next time you play Call of Duty.

Publisher Activision and developer Sledgehammer Games decided to release the trailer early, given the fact that it was recently leaked online. From the looks of the trailer, we expect an extremely well-detailed first person shooter with accurate polygonal models. This short also includes lots of burning American cities, quad-rotor drones in flight, and soldiers wearing huge armored exoskeletons. Somewhere in the video, Spacey looks right at the camera and utters “Power determines who is right. I have the power, so I’m right.” Aahh…