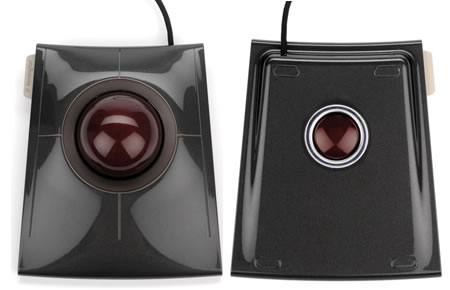 Kensington has a new trackball mouse, called the SlimBlade, which is super sleek; featuring a glossy red trackball nestled in an extra-thin silver encasement. It comes with four buttons and a software package that lets you know on-screen what mode you are using the mouse is in. Choose between media control, view control, and cursor modes. Navigation mode controls scrolling and cursor, while media mode controls volume, play/pause, forward/back, stop and track selection. Finally, view mode pans and zooms in and out and a heads-up display lets you know which mode you are currently using.

The trackball is both Mac and PC compatible, connects by USB 2.0 and you can pre-order now for $130.