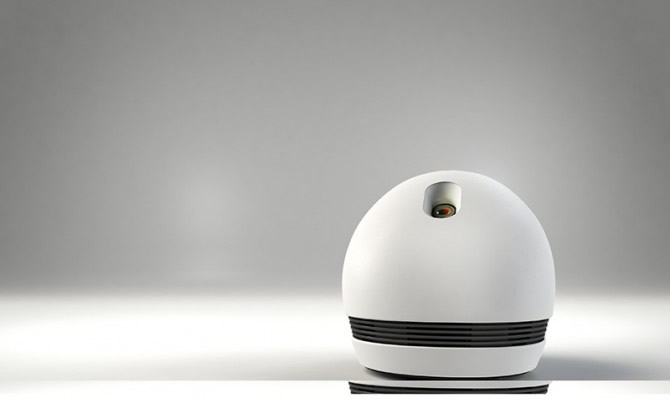 What’s that little thing moving along the floor, spreading joys and music among everyone? They call it the Keecker, a video projector that quadruples up as a smartphone synching device, music play and email-checking portal. It’s wireless, looks futuristic and has a battery whose charge could keep its wheels rolling for a week! The robot reminds us of the Roomba and has been designed by Pierre Lebeau, a former Product Manager at Google. This means you could have projected screens pop up on any wall in your house and take your viewing experiences with you, whether from TV or your synchronized smartphone.

The Keecker concept will soon begin accruing funds on Kickstarter. A specially adorable feature of this robot is that it follows its human owner from room to room like a butler. This is triggered by a smartphone app. So make sure you have a big enough home before bringing this one over to avoid stepping on it and gnashing of teeth. It may costs anything between $4,000 and $5,000.