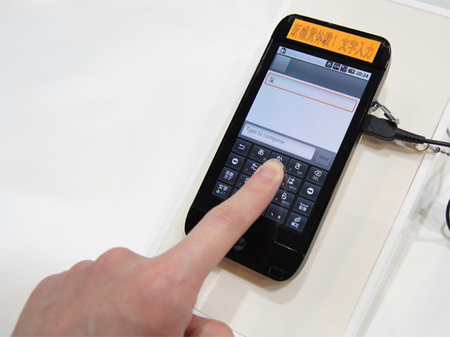 KDDI and Kyocera have rolled out a new Haptic smartphone design that lets one actually feel the several layers when pressing on the smartphone screen. This kind of gives you a real sensation of how much pressure you will be applying while punching in digits or other functions. KDDI is presently having its prototype being shown off at an event in Japan. As of now the screen shows only two layers, but Kyocera confirmed that the final saleable unit will offer up to seven layers on all over the screen surface. The makers haven’t been able to confirm a date for official release but have conceded that they are as eager as anybody else to put these smartphones on shelves in near future.