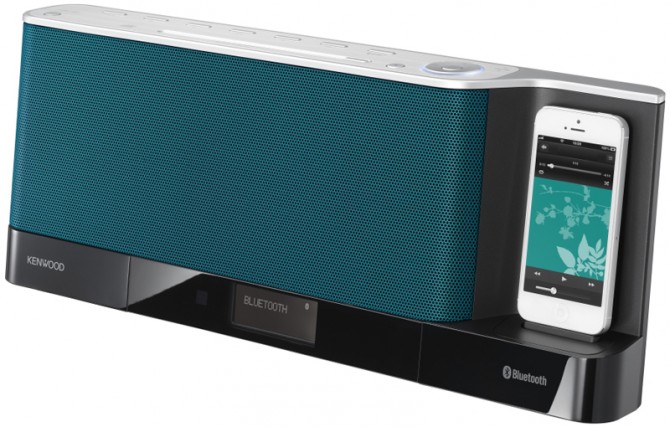 JVC Kenwood have announced the release of an all new CLX series speaker dock system the CLX-80. The dock will feature a Lightening terminal for the latest iPhones (5 and above) as well as support for older generation iPones and iPods. It comes with all the trimmings and more. It’s been awhile since I’ve seen an iPod/iPhone dock with a built in CD-R/RW player as well so the CLX-80 is a refreshing change. But just because it has an iPhone slot that doesn’t mean it’s not for the Android, WP8 or BB10 users. Being Bluetooth (3.0 with A2DP/AVRCP) compliant allows you to connect the dock to any smartphone or supported device for audio streaming. If battery drain is your worry you could always connect your phone or media device via the AUX in option.


The CLX-80 also has a built-in AM/FM radio as well as ports for connecting a USB thumb drive and a slot for SD / SDHC memory cards. The dock is MP3 and WMA format with AAC and SBC codec supported. The CLX-80 dock features two 70mm diameter full range, speaker units, a built-in digital amplifier (max 20W pre channel), an output jack for headphones, alarm clock and Sleep mode. All of this weighs just 2.7 kg. It’s slated for launch in early November in three color variants – Blue, Red and White with an estimated price tag of $336 (32,800 YEN).