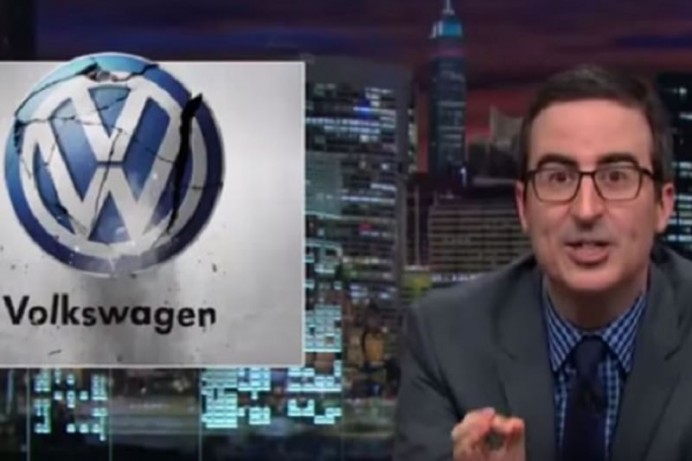 When you screw up, somewhere in the globe, you know the media is going to prod you with their humor and wise ones. But if you dupe an entire nation into believing that you’re 40 percent meaner to the environment that you appear to be then you’re bound to be ridiculed and then loathed. While they’ve had their fair share of loathing, Volkswagen are still reeling from continuous ‘whams!’ of ridicules all over social media and now more recently, John Oliver. The host has magnified the absolute lack of empathy expressed by the company’s US Chief at the launch of the 2016 Volkswagen Passat.


Lenny Kravitz may not be the substitute to Bon Jovi some may say but hey, it’s all in good humor, right? Even those lungs that weren’t meant to inhale those exhaust emissions from hell. Well, really, German engineering is surely steering the way of their competitors and I hope that Volkswagen justifies its apology with something special.