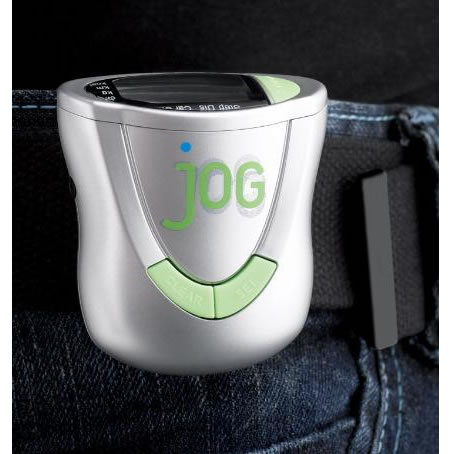 jOG On to stay Fit and play games

At the cost of sounding stupid, I reckon we have come to an era where gaming and fitness go hand in hand. Why else would have gaming companies trying to sell us the latest fitness concepts instead of hard-core games? jOG On is the latest game to join the fitness bandwagon. It’s kind of a refined pedometer that is hooked up to some kind of gadgetry and requires you to be constantly moving in order to stay in the game. The game si available for PS2 and a Wii version will be out shortly.

This is how the game works:
The jOG detects if your player is moving the game, and every time they take a step you have to- or you’ll be frozen out of the game play. It only works with movement, so other aspects such as direction/ weapons/ flame throwing etc is still controlled by the game pad.
The jOG On is available at Amazon for £19.99 or $30.