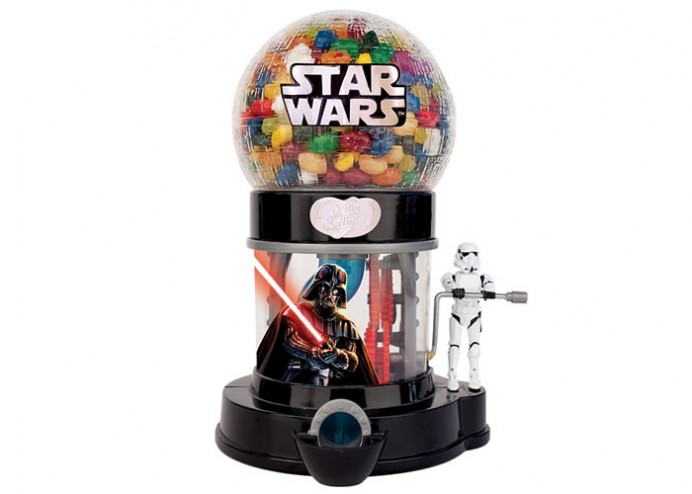 A fanboy has to eat as well. This has been understood well Jelly Belly Candy Company and has resulted in the becoming of the Star Wars Jelly Bean Machine. It houses what looks like a Death Star above it and a furious, light saber slashing Darth Vader figure below it. Retrieving a candy requires you to do something rather awkward. A stationed Stormtrooper has the lever to the dispenser in his grip and pressing him down makes him bend awkwardly, spitting out a jellybean or two in the collection tray. What the entire concept tries to convey is yet to be deciphered but we’re happy seeing yet another not-done-before Star Wars tribute object.


The Death Star-like machine can hold up to 23 oz. of jellybeans and the unit measures 5.75 inches (l) x 6.25 inches (w) x 9.25 inches (h). You also have the Star Wars logo and the Jelly Belly logo on the body of the dispenser. Now fanboys will have their very own candy dispenser for Halloween. How perfect this world is for us. 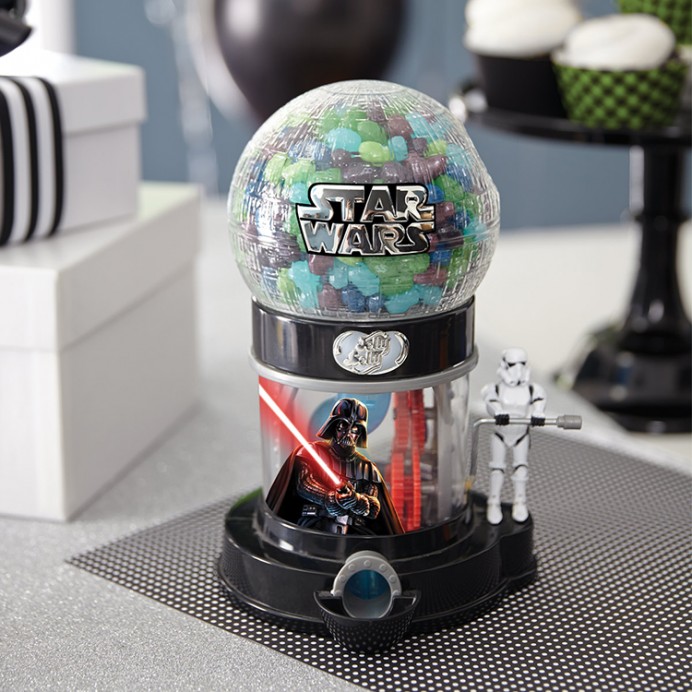 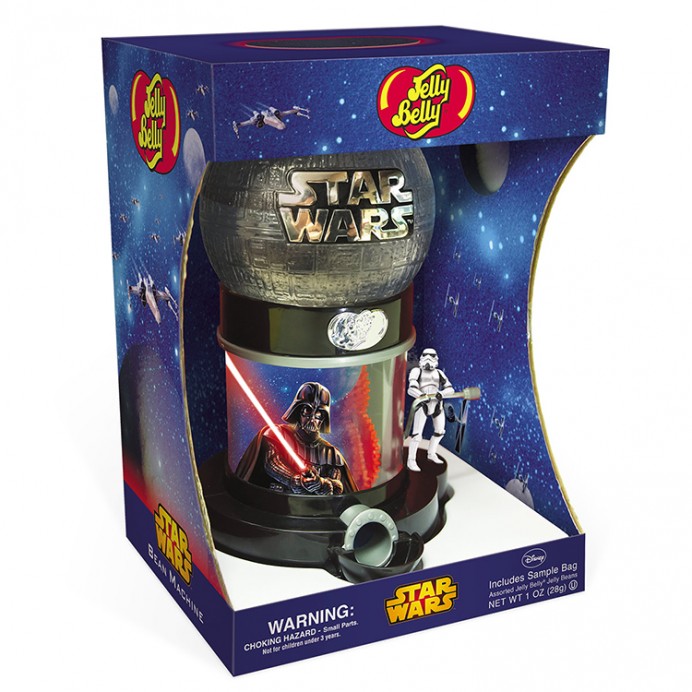