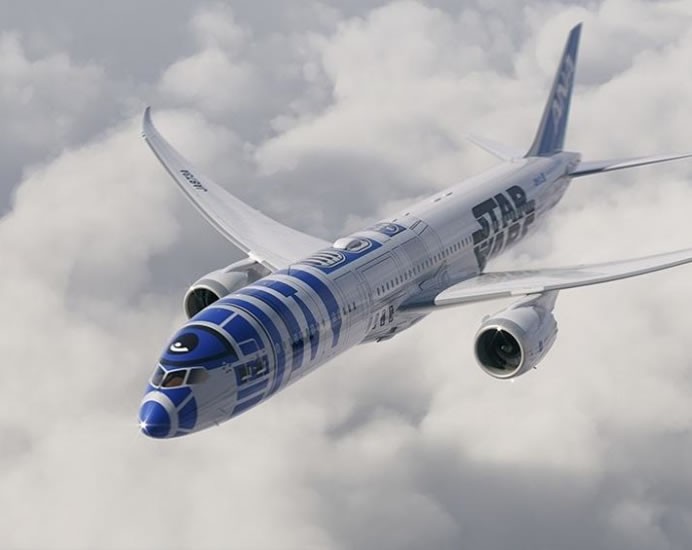 Japan’s ANA flies a giant R2-D2 in the sky

ANA, Japan’s major airliner is tickling the geek bone of its flyers with the introduction of their Star Wars-themed Boeing 787S. The airship looks like an R2-D2 bot and is created courtesy a Disney partnership for five years in which we expect to see a lot more coming from All Nippon Airways. “The R2-D2 motif works well with ANA’s blue logo design on the aircraft’s fuselage,” said Takashi Shiki, ANA’s Executive Vice President, Sales and Marketing. “And many people associate R2-D2 with competent and reliable service.” Now that’s good for marketing and also for the flyers.

Some may reminisce Air New Zealand’s attempt to recreate Middle Earth in the sky and with Star Wars rolling out, we’re hoping for a Dragon-themed jetliner to hit our skies soon, waving the Targaryen banner above all. ANA are known to host the largest 787 fleet in the world. With more Star Wars play on their exteriors, we can be sure to expect a collector’s fantasy in their ranks.