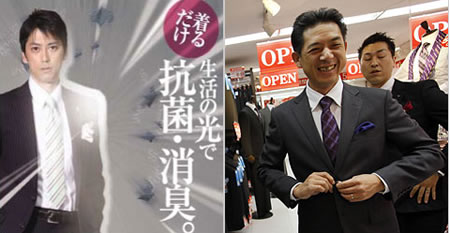 Japanese Suit to protect you from the H1N1 swineflu

Medicines aren’t apparently the only curers of illness, specifically swine flu. Even a suit can. That’s what Japanese menswear company Haruyama Trading says after unveiling their new anti-H1N1 suit that will help keep you disease-free. It is coated with titanium dioxide, a chemical commonly used in toothpaste and cosmetics, which helps in breaking down when reacting with light and kills the virus upon contact. Also, the suit will retain its protective capability even after being washed multiple times. It comes in four colours and styles including medium gray, charcoal, navy, and a gray pinstripe. Each suit costs about $580.
[Cnet]