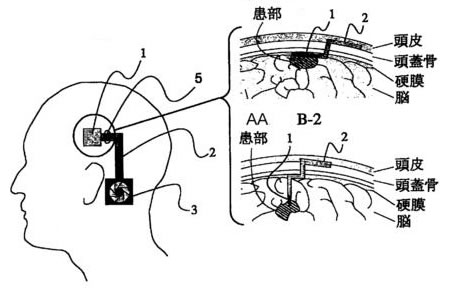 A radiator for the brain has been developed at Japan’s Yamaguchi University that will cool and calm the over-heated brains of epileptics during a seizure.During a severe epileptic fit, brain cells fire at an increased rate; the temperature of the brain in that area rises. Unfortunately, this rise in temperature in turn causes more nerves to fire, making the fit worse. Takashi Saito and collegues at the university have patented a brain-cooling apparatus that can be surgically buried in the skull for topically cooling the brain.

The cooling apparatus consists of a metal plate or wire buried in the skull, and a heat pipe connected to a radiator outside the skull which allows the heat to dissipate.
Source