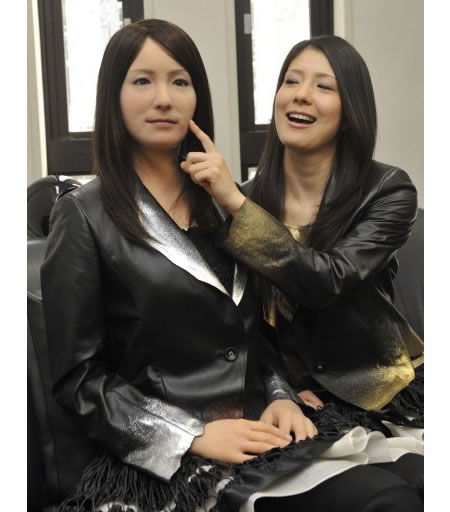 If you’ll recall, about 4 years ago a guy called Hiroshi Ishiguro designed his robotic twin. The humanoid robot that looked just like eth designer was seriously one of those sci-fi kinds that made you wonder if the CIA has something like this already making the rounds in public. His latest is the Geminoid-F, F possibly for ‘female’. This female upgrade is also designed to mimic facial expressions to quite an extent. It, ‘she’ was showcased in Osaka, Japan recently and made quite an ‘impression’ pun intended. The Geminoid-F is going on sale and will cost somewhere in the vicinity of $105,780 (USD) which is about 10,000,000 Yen. Of course she’s not Roxxxy but I’m still astounded by the level of expressions it’s designed to show. Perhaps if the same were applied to Roxxxy… I’ll leave you’ll with that.