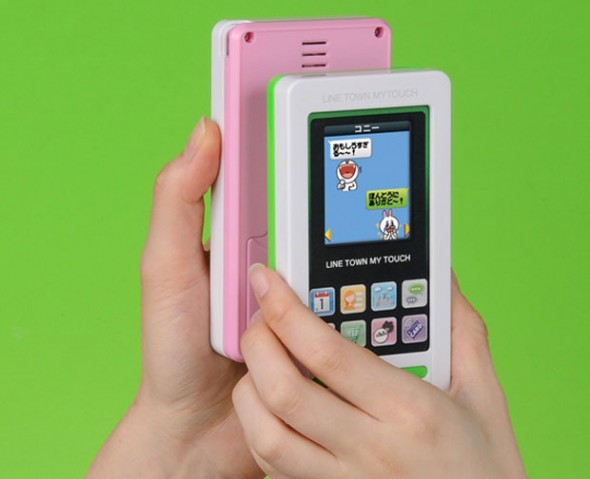 It’s not really surprising to find a toddler playing with a smartphone, what baffles me is how easily they get a hang of it even before they learn to speak. Aware of this growing trend toy manufacturers are updating their products to woo their young customers, but how about a NFC capable touchscreen fake smartphone? Takara Tomy, a Japanese toy maker has collaborated with Naver Japan, creators of the popular smartphone app “Line”, to come up with a new animated series called Line Town and a range of merchandise related to it. The merchandise includes a fake smartphone named “My Touch” which is specially designed to give the kids a touchscreen smartphone like experience.


It uses NFC to exchange Line stickers with other My Touch devices, and the LCD display on it has a sliding feature which kids specially like fiddling with. Other than that it features Line town themed mini games and activities. Takara Tomy plans to launch the merchandise range, which includes spin off action figures from the show and toy printer capable of printing stickers, by August this year in Japan. My touch will be priced at 6,825 Yen ($70).