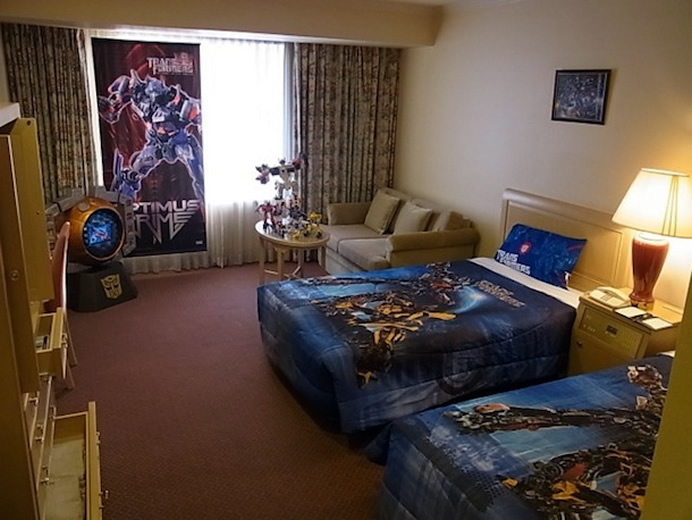 The Japanese love the Transformers, so much, that they’ve decided to dedicate an entire hotel suite to the franchise! Asahikawa Grand Hotel in Hakkaido, Japan, now sports a Transformers suite, created in time for the next film’s release. The hotel has converted a Grand Deluxe twin room into a themed suite complete with every Transformers-themed merchandise you can think of! The room sports comforters based on the franchise’s characters and boasts a Matrix of Leadership-style monitor. And that’s not where the madness stops. The suite also includes a range of Transformers toys, enough to keep visitors away from the bar and up all night!

Paintings on the wall of this suite have been swapped from art décor to action scenes of the movie. The hotel will also offer Transformers goodies to guests who’ve stayed in this suite and check out. Priced at roughly about $90, the room is completely worth it, particularly if you happen to be around the area and all you’ve been thinking of lately is these giant robots and their sheer awesomeness. That said, though this room is built particularly for younger fans of the franchise, we’re sure Autobot or Decepticon fans of all ages will enjoy its uniqueness! 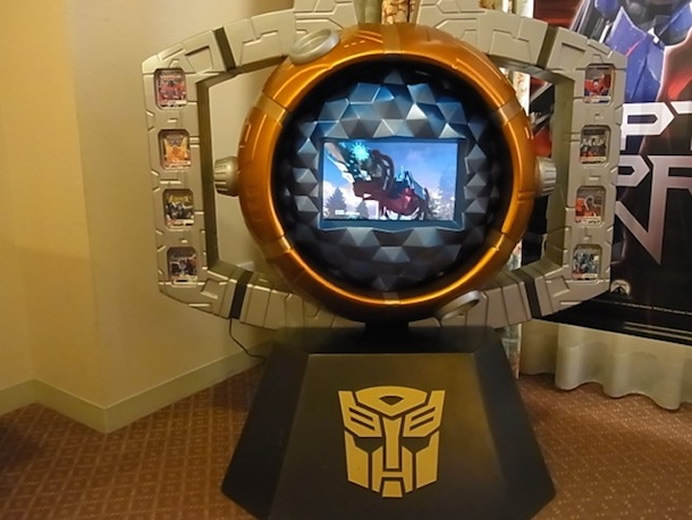