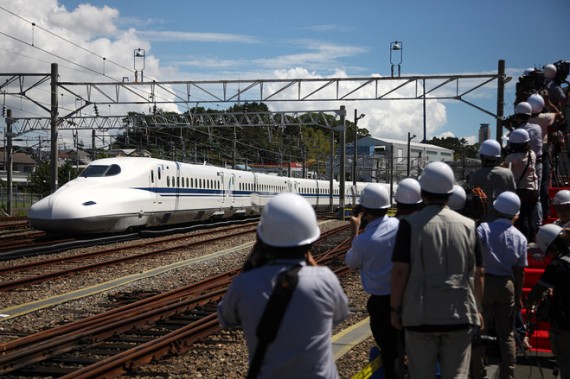 Central Japan Railway Co. (JR Tokai) has unveiled a new Bullet Train or Shinkansen as it is popularly known in Japan. The new 17 coach train has 1,323 seats and is very much identical to the existing N700A platform. The new model has improved stability thanks to a function that ensures automated running while maintaining maximum speeds set for each section of track, JR Tokai said. This unique system can foresee terrain with many slopes and curves. LED lights have been installed in the toilets and powder cabins along with a dimming system which will reduce energy consumption by 20%.


The new model will make its commercial debut in February 2013.