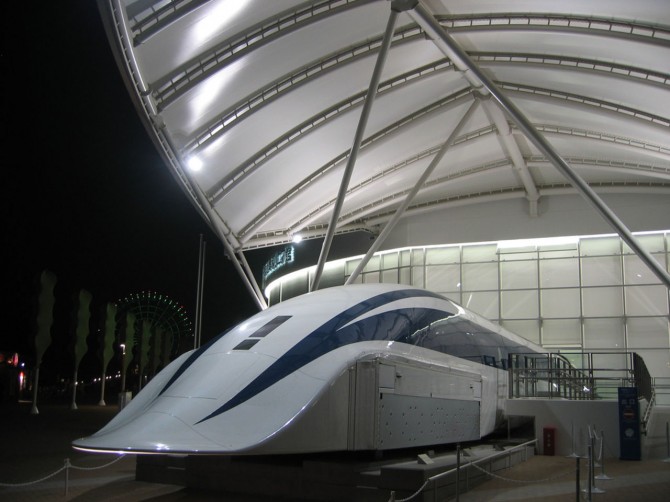 Speed demons kill or get killed in the bargain to reach the quickest speeds. However, if you do survive till 2027, you may be lucky enough to experience phenomenal speeds in a luxury, terrestial mode of transport – the railway. That’s right! The L-Zero Maglev train from Japan has made its trial runs and has clocked 310 miles per hour on a 15-mile stretch. The magnetic-levitation train has been covered and followed by rail enthusiasts for a while now. The idea of the Mag Lev (magnetic levitation, apparently) trains is to hover over the track, thus managing to reach phenomenal speeds, far quicker than bullet trains. Construction of the trains will commence in April, however, it would not be before 2027 that you could ride one of these.


The Central Japan Railway Co. is going ahead with a 5.1 trillion Yen ($52 billion) plan to develop a 177-mile maglev line between Tokyo and Nagoya. A little math and one wold realize that this trip would take no more than 40 minutes. Are they pre-booking first rides?