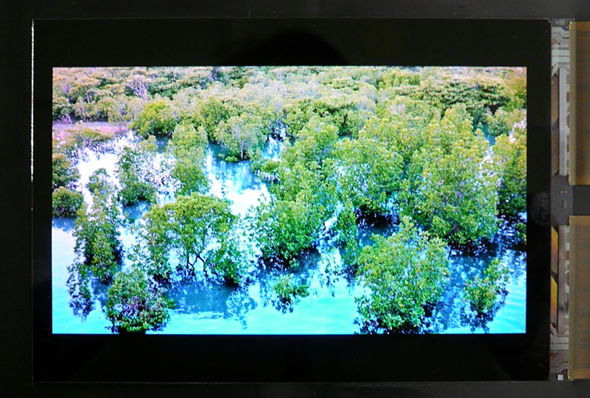 2013 has been the year of ultra-amazing smartphone displays, HTC One leads the competition with a display resolution of 468ppi and Samsung Galaxy S4 narrowly trails behind with 441ppi. Anything above 400ppi is just phenomenal in quality. Japan Display Inc., a Japanese company founded last year, has developed a display that falls in the same league. They have come up with a 5.2” full HD (1,920 x 1,080-pixel) OLED panel with a resolution of 423ppi, which is bigger than both HTC One and Samsung S4. Just for comparison sake, iPhone’s retina display –which are considered to be great– has a resolution of 326ppi. The display was developed by combining white OLED devices and colour filters (CFs).