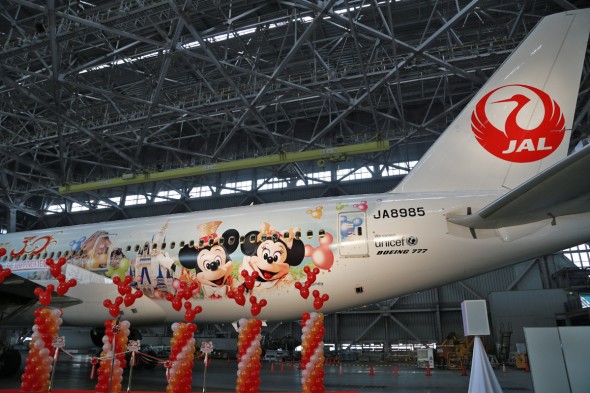 Japan Airlines has been the official sponsor of the Tokyo Disneyland resort ever since it opened its door to the public on April 15th, 1983. This month marks the 30th anniversary of the resort and as a part of the celebration JAL has painted the fuselage of one of its Boeing 777-200 (registration JA8985) with Mickey, Minnie, and the resort in the backdrop. Kids on the plane will in for a special treat as they will be greeted with Disney themed pillows, paper cups, stationary etc. 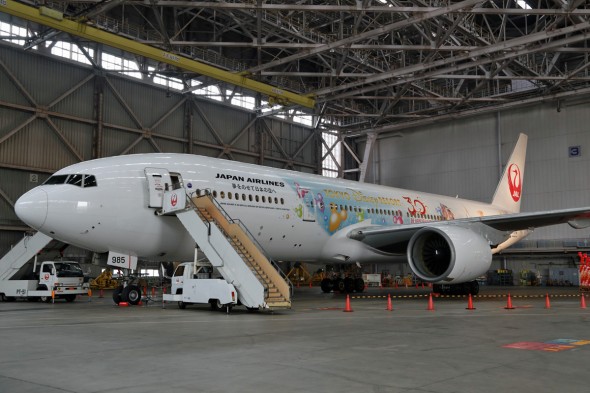 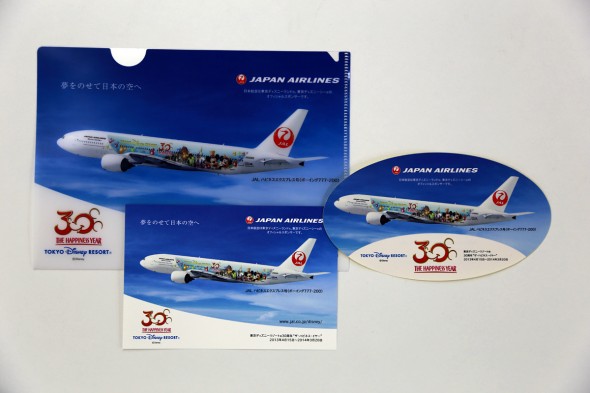