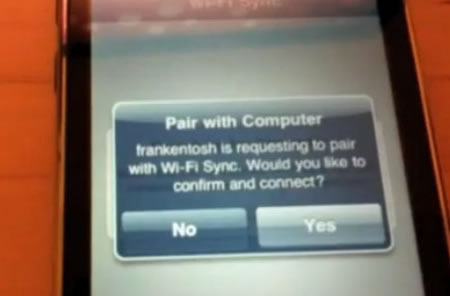 iTunes virus introduced as the first threat for iPad users

iPad users got a taste of the attacks that are likely to come their way by the means of this iTunes update that is actually an infection in disguise. BitDefender claims that the Backdoor.Bifrose.AADY code that is often downloaded by users who do not recognize it as a threat attacks you by injecting itself into the explorer.exe process. This later on opens up a backdoor for unauthorized access of your iPad.

Other threats that the backdoor poses include attacks on serial numbers of applications, messengers, POP 3 mail accounts, protected storage and a lot more. Strangely this hasn’t affected Mac users. Just iPad and PC users are at gun point.
[Techdigest]