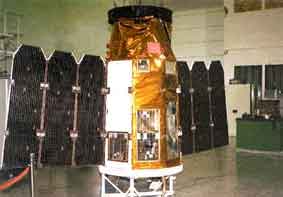 Israel’s new spy satellite can see bottles on the floor

Israel successfully launched its new spy satellite two days back on June 11th. Ofeq-7 the satellite built by the state-owned Israel Aerospace Industries for the Defense Ministry weighs 300 kilograms and measures 2.3×1.2 meters. Loaded with enhancements to improve imagery Ofeq-7 contained a reconnaissance platform that could spot bottles on the floor. “We have a new camera that is as good as anything available, and that includes the United States,” an official said. To be placed in an elliptical orbit that ranges from 300 to 600 kilometers in altitude, the camera could identify and send high-resolution images of items as small as 40 centimeters. Its main objective is to track people and weapons in any targeted country, including Iran.

Ofeq-7 joins Ofeq-5, launched in 2002 to monitor such Israeli adversaries as Iran and Syria. Officials said the two military spy satellites would be enhanced by the dual-use commercial Eros-A and B satellites, based on the Ofeq design.
Via – Middle East Newswire