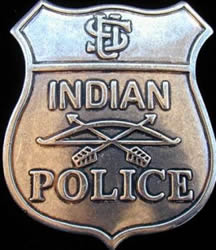 With the makings of a typical Bollywood flick, it’s ironic that this story revolves around a famous South Indian ruler.
The plot involved – an innocent techie
A culprit
Cyber Crime Police and
ISP Bharti Airtel.
The story goes like this; a group on Orkut was created that was dedicated to defame a South Indian Ruler, the cyber crime cell swung into action, and tracked the I.P address of the moderator. As per the physical address given by Bharti Airtel (The ISP), which apparently was the wrong address, an innocent K Lakshmana Kailash was arrested in September 2007 for allegedly defaming the hero on the website. The error was discovered by the police when two IP addresses of creation of the Orkut profile were noticed. Further probing revealed that the address given by Bharti Airtel was the wrong one and eventually the right culprit was caught with help from Google. Kailash, who spent 50 days in jail, is demanding action against the company but the company’s lawyers “deny there has been any negligence or other tortuous (sic) acts on their behalf resulting in any actionable claim”. It seems that this not the first instance that company has made such a grievous mistake. The Cyber Crime investigative officer claims that Bharti gave a wrong IP address in another case as well.

This scenario is a very scary reality that we people in the virtual world have to be aware of. Imagine getting picked for a crime that your neighbor committed, just because the telecom company goofed up and gave the wrong address; take the company to the cleaners Mr. Kailash, we are with you.
Via – Reuters India