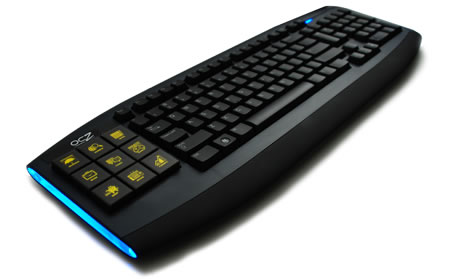 Is the OCZ Sabre the world’s most intelligent gaming keyboard?

Tall claims are often met with some rather stunning specifications in the gizmo world. In this case, the OCZ Sabre is arguably among the most decked up gaming keyboards that have ever been. With nine OLED hotkeys that can be programmed by users. These provide instant access to utilities like gaming, browsing, mailing, etc. They can also be used to set any digital image as an icon to represent the keys. They look pretty good too, thanks to the glimmering light that decks these nine keys and also, it has a beam of magnificent blue light on the side of the keyboard.

The OCZ Sabre gaming keyboard also caters to CAD professionals besides the obvious audience. Superior ergonomics and great response times form the other attributes of this keyboard. Fair enough for a fanatic I think.