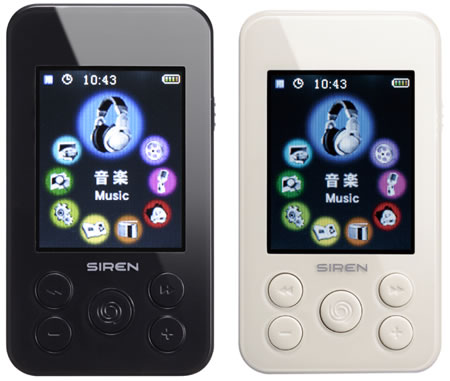 iRiver Japan has announced the successor to the DP300 which was sold in 2006, the DP350 is a flash memory based media player which will be available in two versions 2GB and 4GB. It can playback MPEG-4, WMV, MP3, WAV, OGG and image files as well. It has a FM tuner with support for FM recording in WAV format. It connects to the host via USB and can be used as a storage device too. The DP350 is however compatible with Windows only. The Lithium Ion battery provides 18 hours of music and 5 hours of video playback.