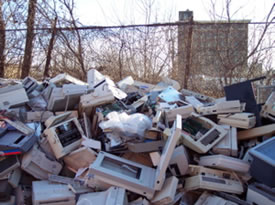 Iranian Scientists develop country’s most powerful supercomputer, despite ban on the export of U.S. computer equipment to the Middle Eastern nation

According to an undated posting on Amirkabir University of Technology, the Iranian scientists have managed to build the country’s most powerful supercomputer, despite ban on the export of U.S. computer equipment to the Middle Eastern nation. They claim to have used 216 microprocessors made by Advanced Micro Devices. They used Linux-cluster architecture in building the system of Opteron processors. Apparently the supercomputer has a theoretical peak performance of 860 giga-flops (a giga-flop is a billion calculations per second). However in a response AMD says that it had never authorized shipments of products either directly or indirectly to Iran or any other embargoed country. This new supercomputer will be used for weather forecasting and meteorological research. However this computer falls far behind the world’s fastest computers. In November, the BlueGene/L System, jointly developed by IBM and the U.S. Department of Energy was ranked No. 1 in the world with a benchmark performance of 478.2 teraflops (a teraflop equals a trillion calculations per second).