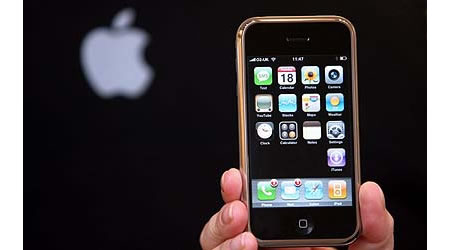 More shocking iPhone news for you avid Apple followers, it seems that if you use the iPhone to watch TV while you’re overseas, it could cost more than you realize. Folks residing in Europe know that Apple and its partner O2 have used the unlimited download facility in much of its marketing for both the first iPhone and the new 3G model, which will be available free on some O2 tariffs. Apparently the unlimited data and WiFi allowances only apply in the UK. If you use the phone abroad, charges shoot up to £3 ($6) for each megabyte (Mb) of data downloaded in the EU and £6 ($12) elsewhere in the world. Translated, it sums up to watching the average BBC iPlayer programme, which is about 300Mb in size, costing £900 ($1,765) if you were in France and £1,800 ($3,530) in the States. Ouch, that hurt! Also the data downloaded outside the UK costs up to £8 ($16) a Mb with Orange’s Dolphin 40 plan, while T-Mobile’s Web and Walk charges £7.50 ($15) per Mb whether you are inside or outside the EU.

To cut some unexpected costs, some services like automatic e-mail updates use data services without asking the user’s permission. The only way to avoid a bomb of a bill is to disable them before you leave the UK. In case you need to use the Internet through your iPhone while outside the UK, and are likely to be downloading a significant amount of information, the best option is to take out a data-roaming add-on for when you require the service.
However O2’s new “unlimited” download policy is subject to a fair-usage policy.
This means that, although there is no set limit, your connection may be stopped or dramatically slowed if you are deemed to be over-using it. Cheeky!
Source