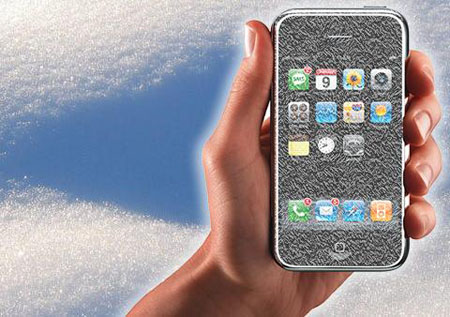 Rest assured, iPhones aren’t meant to be taken too far away from the equator. Manufacturer Apple claims that the phone can only be safely used in temperatures between 0 and 35 degrees. Taking one of these on a trip to Scandinavia will leave you with a dead iPhone. Also, if an iPhone breaks down in temperatures below the zero degree mark, Apple will simply look away and refuse to be responsible, given that phones going kaput in situations like these aren’t covered by the manufacturer’s warranty! This setback gives competitors Samsung a brownie point, given that their smartphones are operational in temperatures between -20 and 50 degrees Celsius too!