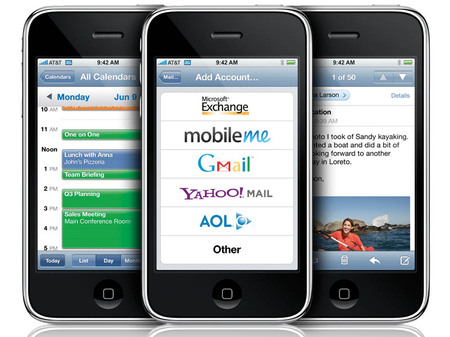 I wouldn’t hold it against you if you thought that the new $199 iPhone is going to save you money over the older $399 model. After all $199 is lesser than $399, right? Wrong! What you probably missed out is that AT&T is raising its minimum monthly service subscription for the new iPhone from $60 to $70 per month. Essentially, that’s extra $240 over the lifetime of the two-year contract and thus more than the $200 initial savings on the phone’s retail price. You will not be able to unlock the new phone so easily either because Apple will not be selling the phone online any more. It’s not taking pre-orders on its Web site either. So if you really want the iPhone bad, you will have to head to a concrete Apple Store and pick up a 2-year AT&T service contract as well.
Source