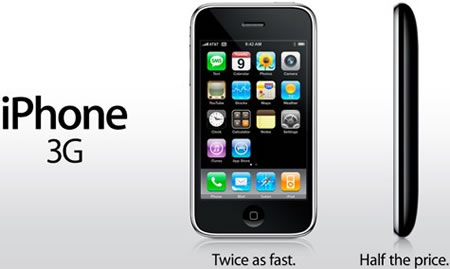 According to a premature rumor there exist prototypes for iPhones with keyboards. Aimed primarily at targeting the corporate executives who are more than used to their blackberry or an HTC Touch or a Sony Ericsson X1 or a Nokia E61 and are not willing to experiment with the iPhones touch screen user interface. Well the question is largely will these iPhones ever hit the market? According to a past statement made by Steve Jobs “The only people who think it needs a keyboard are people who have never used it.”. This pretty much leads us to believe that a keyboard version of iPhone would not hit the market. However, according to people from within the circle, Steve Jobs is not as stuck up about the idea as we thought he is. In fact he has already begun work on a sliding keyboard model, not aimed at the consumer market because they already love the iPhone the way it is; sleek, neat and loaded. it is aimed at skeptics not exposed to the new user interface, mostly of the corporate kind.

So if we are to see this variant of the iPhone it will probably be available for corporate bulk buyers and that also not this year, maybe next year, maybe!!
Source