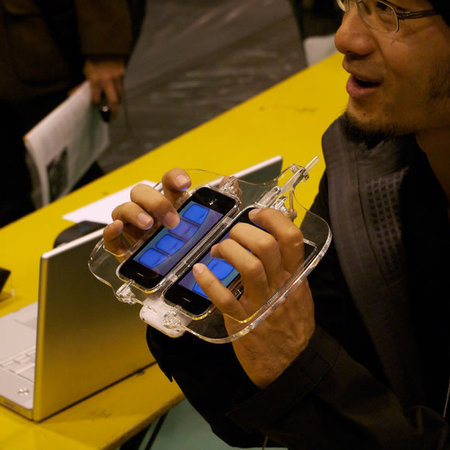 Though Ocarina, an ancient flute-like wind instrument, isn’t commonly seen or heard, some folks from Japan have designed the world’s most expensive ocarina. No it isn’t shaped out of gold nor festooned with precious stones or diamonds. The most expensive tag is justified by the three iPhones mounted on a laser cut body. And since I mentioned that it is a wind instrument, the player will have to blow air to generate music. Though there are some applications that help users to play ocarina on their iPhones, this unique iPhone Ocarina is touted to be the world’s most expensive ocarina.
Via – [Luxurylaunches]