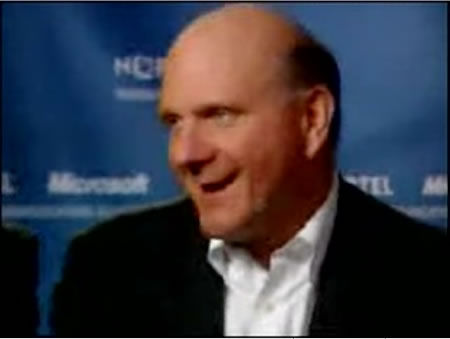 iPhone is the most expensive phone in the world

“iPhone is the most expensive phone in the world” says Microsoft CEO Steve Ballmer as he laughs out when asked about the iPhone. Infact Steve’s answers remind me of the “Get a Mac” ads as he says the iPhone wont appeal to business users because it does not have a keyboard. Steve Ballmer says the Zune has captured upto 25 % of the high end MP3 player market ($ 250 and up) which is again not accurate.
(Video after the jump)