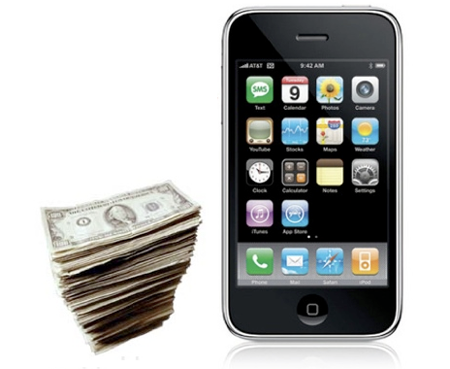 Enough of those bulky bulges in your jeans. Having more money on you surely doesn’t mean that you are comfortable, especially with the huge, ugly projections that cards have reduced by a considerable amount. According to one Richard Doherty, the director of Envisioning Group, the iPhone and the iPad will be good mediums (read standards) for financial transactions. There is a new breed of near field communication chips that are expected to be fitted into upcoming iPhones and iPads, PCWorld reports. So, is Apple going to market its products as the new commonality for financial transaction? Answer after the jump.

Indeed no. It seems that Google have their own plans to exploit this field. The world of NFC payments is beginning to reveal itself. Besides collecting coins, currency notes collections are soon going to be everyone’s favorite hobby.
PCWorld