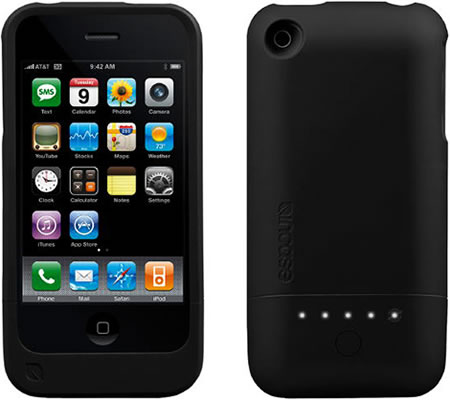 Juicing up your iPhone for a long, long time is INCASE’s new case battery pack – Power Slider. Specifically meant for the iPhone 3G, the Power Slider increases the standby time to around 330 hours, however it allows you to converse on the 3G network for around 5 hours but on the 2G network you will be able to yap for 10 hours straight. Fashioned as a protective hardshell case with soft-touch coating, the pack also includes a mini-USB for charging and syncing without removing iPhone 3G from the case. A 5-light LED battery status indicator on the back of the case lets you know just about how much juice is left in your iPhone. The pack sells for $100.
Source